Get fresh music recommendations delivered to your inbox every Friday.
We've updated our Terms of Use. You can review the changes here.

One Night At Chris' 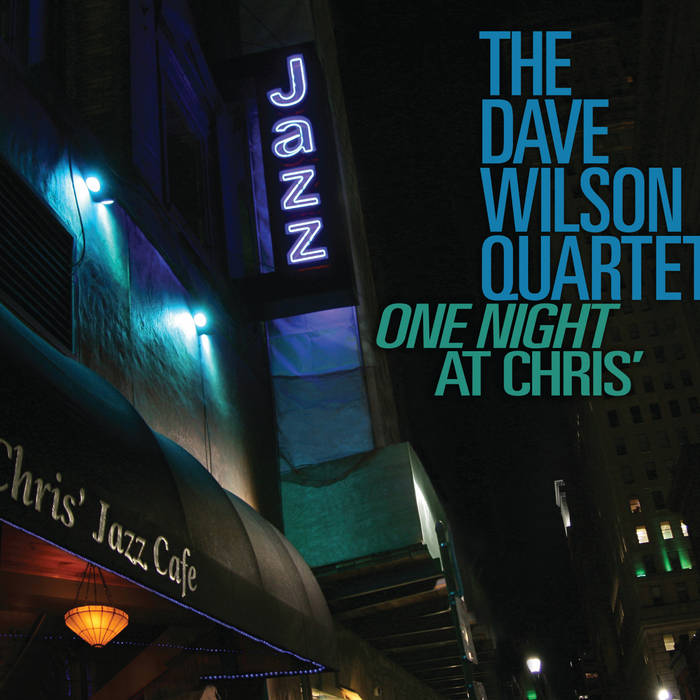 Dave Wilson Quartet, One Night At Chris’, (Dave Wilson Music, 2019)
One Night at Chris’ is the fifth release of The Dave Wilson Quartet, recorded live at the famous Chris’ Jazz Cafe ‘in Philadelphia, PA in March of 2018, and finished at Red Rock Studios, Pa, Kent Heckman engineering. Featuring Dave Wilson - Tenor and Soprano Saxophones; Kirk Reese – Piano (East Coast Legend); Tony Marino - Acoustic Bass (From the Dave Liebman Group); Dan Monaghan – Drums (Legendary Philadelphia drummer); Wilson’s Spiral (Summit Records-2010) and There Was Never (ZOHOMusic-2016) were critically acclaimed and received significant airplay nationwide, the latter rising to #18 on the Jazz Weekly countdown. The disc contains 10 tracks, four originals by Wilson and six re-arrangements by/of pop/rock favorites including The Grateful Dead’s “Friend Of The Devil”, The Beatles’ “Norwegian Wood,” Creed’s “My Own Prison, ”Ambrosia’s 1980 hit single, “Biggest Part of Me,” and The Beach Boys’ “God Only Knows.” Bill Milkowski states in the liner notes of the CD, “savvy adaptations of familiar pop tunes, filtered through a distinctly jazzy prism.” And, from Bill Milkowski. “The crackling intensity of One Night at Chris’ is a testament to what can happen on the bandstand on any given night. And this was a particularly good night indeed.” The recording is a document of one evening of music recorded live, no overdubs, no second takes and with all the nuances, surprises and magic known as Jazz. In rotation nationwide, achieving “Chartbound” status on Jazz Weekly national radio, and garnering positive reviews, One Night at Chris’ is perhaps Dave’s greatest work, yet! Made WRTI-FM, leading Jazz Radio Station in Philadelphia “Jazz Album of the Week”, the week of August 26th, 2019.

Bandcamp Daily  your guide to the world of Bandcamp